The final stage of the 125th/150th Anniversary Project was to plant spring-blooming bulbs in the revamped perennial bed in the Macoun Memorial Garden in the Ornamental Gardens at the Central Experimental Farm. We purchased 447 bulbs (252 tulips and 195 Narcissus/daffodils) from Ritchie’s (who in turn obtains their bulbs from Van Noort Bulbs in British Columbia). We selected heritage varieties that would have been developed prior to or during the establishment of the Macoun garden. Our planting group of Blaine Marchand, Rob Brandon, Lynn Armstrong, and Tuula Talvila got the bulbs into the ground in September 2018.

On the subject of spring bulbs, from the 1916 document “Ottawa, A City of Gardens” written by William T. Macoun along with R.B. Whyte, F.E. Buck, and J.B. Spencer (published for the Ottawa Horticultural Society):

“While the varieties of Narcissus are still in their prime, the early Tulips begin to bloom, and these, with their brilliant color, make a delightful contrast with the Narcissus. By having a good assortment of Tulips, flowers may be had throughout the month of May, and sometimes well in to June, as later blooming varieties keep up a constant succession.” And, somewhat surprisingly, given the prevalence of Narcissi in Ottawa gardens today:

“The Narcissus is not nearly as well known in Ottawa, or, in fact, in Canada, as the Tulip. This may be due to the fact that many persons think that it is not very hardy. It is certainly not because it lacks beauty, as there is no spring flower which has the breath of spring so much about it as the Narcissus, nor is there any which is more delicate, chaste and graceful.” Photos are stills from a movie, “From Spring to Fall: A  year’s record of some of the ornamental features and plants at the Central Experimental Farm, Ottawa”, that was filmed as a “drive through” of the farm and gardens, circa 1940 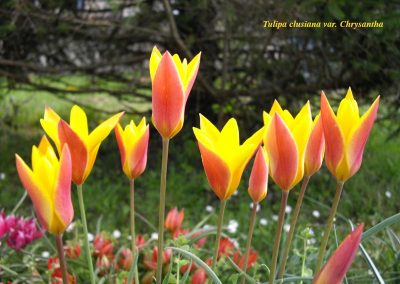 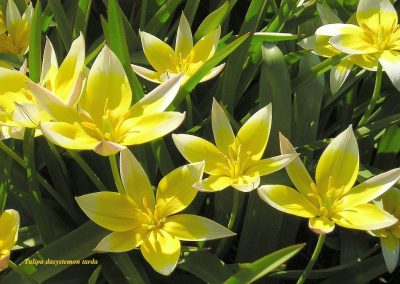 Tulipa dasystemon tarda c.1877 Diminutive, early blooming species tulip with star-shaped yellow flowers and white tips. (1) There seems to be confusion between T. dasystemon and T. tarda and in reality our bulbs are likely to be the latter. Photo attribution: Maja Dumat [CC BY 2.0] 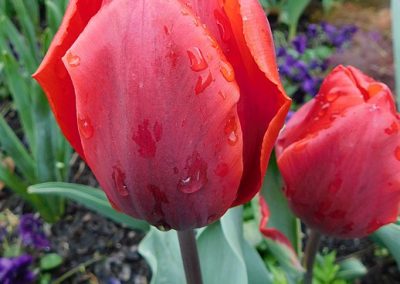 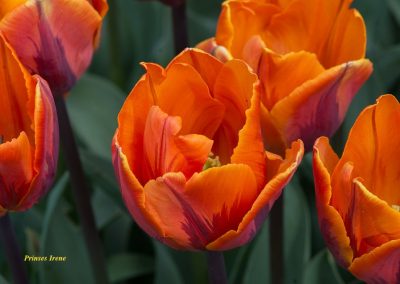 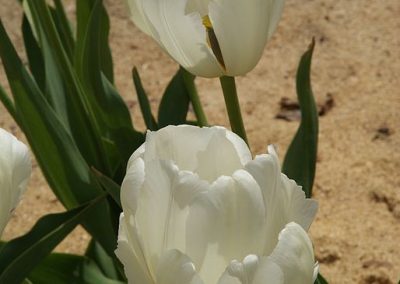 ‘Diana’ 1909 12” Single Early Cool ‘Diana’ (named for the goddess of woodlands, wildlife, and the moon) is an elegant ivory, a favorite color in the stylish new perennial borders of the Arts and Crafts era. (2) The petals are puckered in a marked way down the midrib. Good in pots. (3) 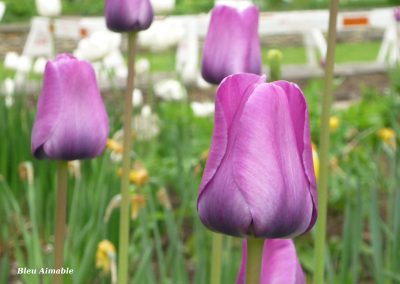 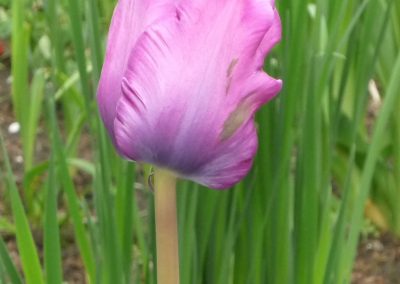 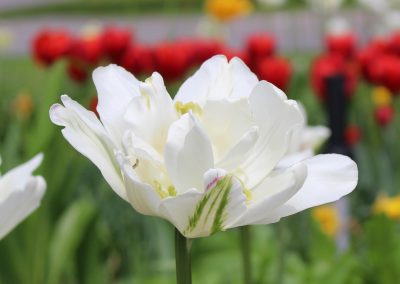 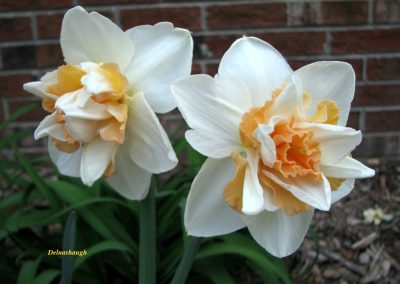 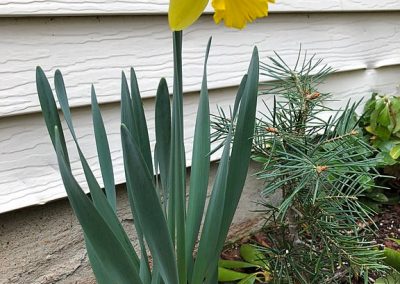 ‘King Alfred’ 1899 The legendary Trumpet Daffodil King Alfred, so registered in Great Britain in the 1890s, set the platinum standard by which all golden-yellow Trumpet Daffodils have been judged since. (1) 14” Trumpet 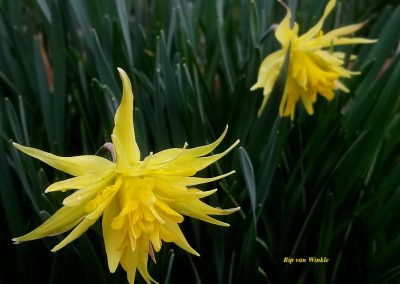 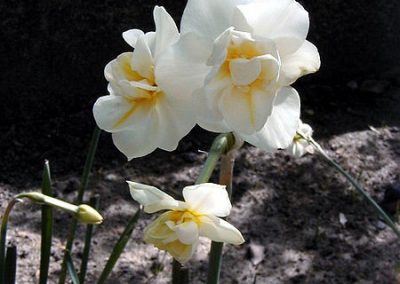 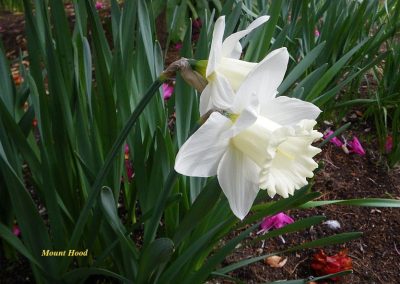 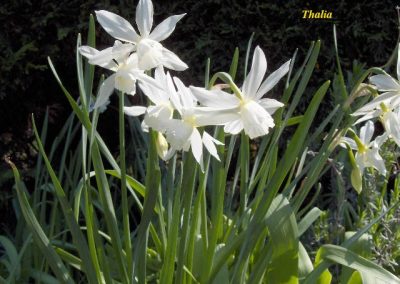 ‘Thalia’ 1916 Fragrant Thalia has up to five, pendant white flowers per stem with recurved petals and a dainty cup-shaped crown.(1)

The ‘King Alfred’ narcissus, the gold standard of the classic yellow daffodil, was bred in the late 1800’s by Englishman John Kendall. Upon its official introduction, it immediately began drawing accolades for its flowers – their magnificent size, rich colour, gracefulness and substance – and in 1899 it was awarded a First Class Certificate by the Royal Horticultural Society.

For the next half century or so, ‘King Alfred’ was the yellow daffodil. During the 1950’s, breeders were making continual improvements to other varieties of yellow trumpet daffodils and eventually these varieties began to be favoured by growers. Very few true ‘King Alfred’ bulbs are grown anymore but demand for the legendary ‘King Alfred’ name has persisted and today most nurseries sell look-alikes labelled ‘King Alfred type’ or ‘improved King Alfred’.