In addition to its open monthly meetings with speakers, the OHS offers a number of activities for members, with some open to the public. We usually have three plant  sales each year:

The sales are a great way to pick up reasonably priced plants that have been grown and donated by OHS members, and are known to do well in our climate.  The funds raised at the sales support all ofteh OHS activities.  Details of each sale will be included in our events listings. As part of its mission to create a beautiful community, the OHS usually takes on one or two community projects each year, using funding generated by memberships and plant sales.  Over two or three weekends, members volunteer their time to work on a gardening project in support of a local organization.

Past landscaping projects include gardens at:

All OHS members are invited to join our merry band of community-minded gardeners. We do a lot of sweating, have a lot of fun, and get to know each other a lot better, all while contributing to the beauty and comfort of our city.  Non-OHS members are also welcome!

If you are interested in helping out with a community project, or if you have a project that you would like the OHS to consider, please contact us at info@ottawahort.org Garden tours are organized for members on two or three evenings in the summer.    The tours can be of public gardens with a guide, or of members gardens.  This is a great opportunity to be inspired by what others have done, and also to mix informally with other members.

Details of upcoming tours are provided directly to members.  You can check out photos of our 2019 tour here. The OHS holds two flower shows each year, one in June and one in September, which are open to members.  The shows are judged by an OHA qualified judge and there is also voting by members for a people’s choice award.   The classes for each show are published in the OHS Yearbook  and can also be found here.  During the pandemic two shows have been held virtually, and the results of the Fall 2020, June 2021 and Fall 2021 shows can be found online. 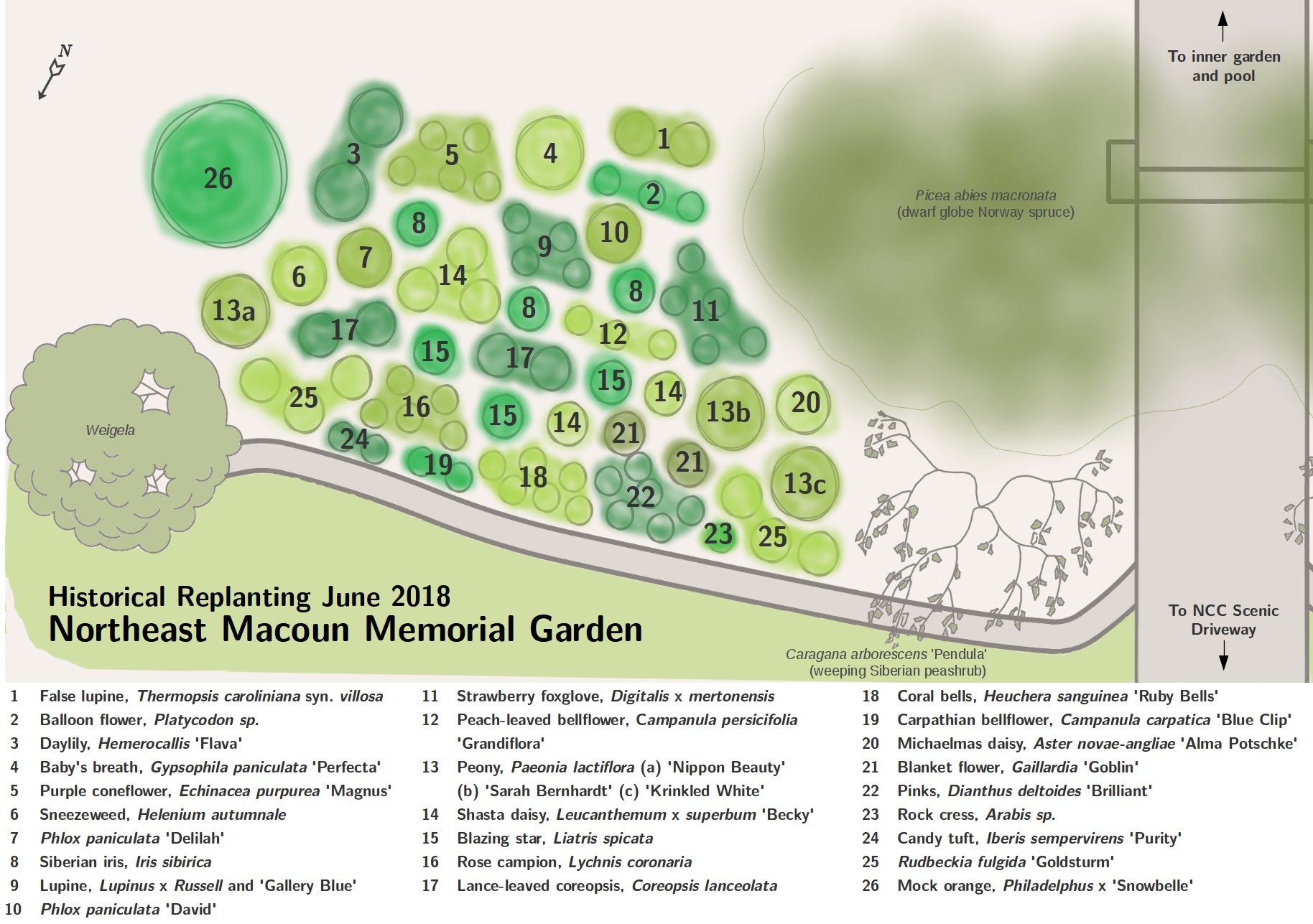 In 2017 the Ottawa Horticultural Society (OHS) joined with the Friends of the Central Experimental Farm on a special project to celebrate the 150th Anniversary of Confederation and the 125th Anniversary of the OHS.   The project recognized the importance of hybridization in the development of plants for the Canadian climate and how the Central Experimental Farm played an important part in promoting horticulture in the last hundred years.

The project recognized significant achievements in hybridization, and specifically the work of three hybridizers: Isabella Preston (lilacs), Felicitas Svejda (Explorer roses), and A.P. Saunders (peonies).  Plaques recognizing the work of each of them, as well as the importance of hybridization in Canada, were installed at the pergola in the ornamental garden at the Central Experimental Farm and include QR codes that link to more information on each of the hybridizers as well as the importance of hybridization.

In addition, historical perennials and bulbs were planted in parts of the Macoun Memorial Garden. Located at the north end of the ornamental gardens, this garden was opened in 1936 to commemorate William T. Macoun, Dominion Horticulturist from 1910 until 1933, on the site of his former house. He was also President of the OHS in 1899.

Full details of the project can be found here.